Last weekend, I had my first experience in coaching at a Rails Girls event.

I loved every minute of it.

If you’ve ever wanted to try out web programming in a great environment, or help out, what are you waiting for? There are events all over the world! 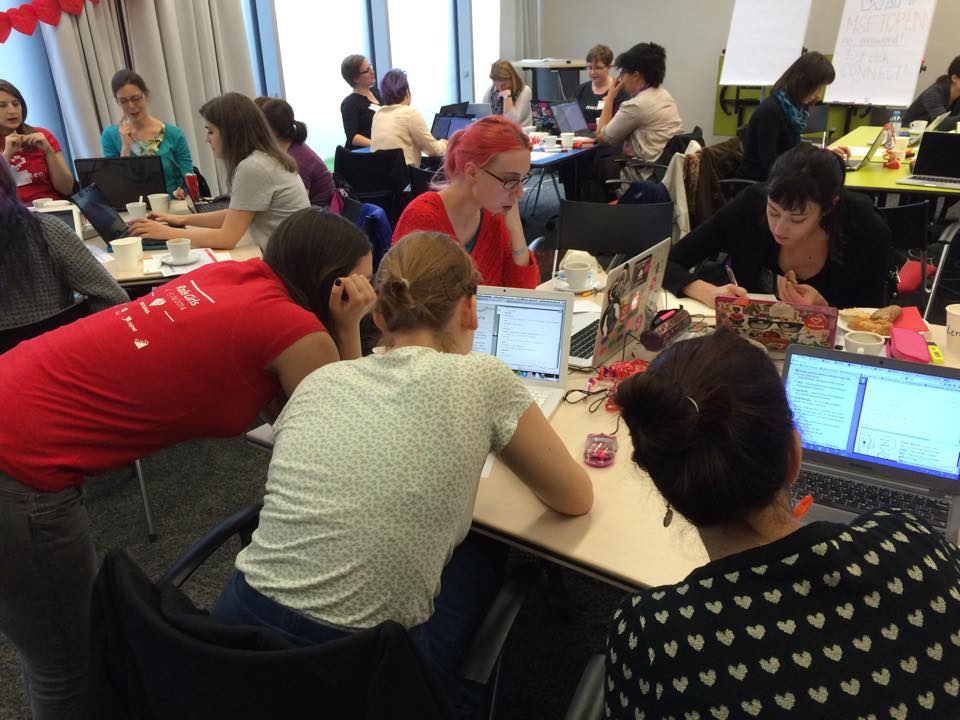 Many thanks to @RailsGirls_VIE for the photos!

The workshop was venue sponsored by Microsoft. It was a fascinating look into their HQ. There were rumblings of a slide, but we never checked it out!

The way a Rails Girls usually starts is with an Installation Party. @althaire and I arrived early to help set stuff up, and then the attendees arrived.

We used Nitrous for the workshop. If you haven’t checked it out before, Nitrous is an online service to run, work on and deploy web apps. It’s great because you’re working on a remote linux instance. How cool is that!? This meant that the installation party consisted mostly of setting up a Nitrous account and getting to know the IDE (Integrated Development Environment) a little bit.

I took the opportunity to show some of the attendees around the command line interface. This is a section that I feel is often overlooked or even dismissed by people, despite its power. Maybe something to consider for a future post?

On the next day, after introductions and sponsor talks, we got to it! We started with the Try Ruby Tutorial. I like it! It’s almost like an IRB instance, but it kind of carries you along as you learn Ruby. The later levels get a little oddly difficult, but it’s definitely a good way to get started.

After getting our feet wet with Ruby, we dove straight into Rails with Nitrous. The guides come in several languages and are really nice!

After a delicious lunch (I had sushi!) it was time for the lightning talks! 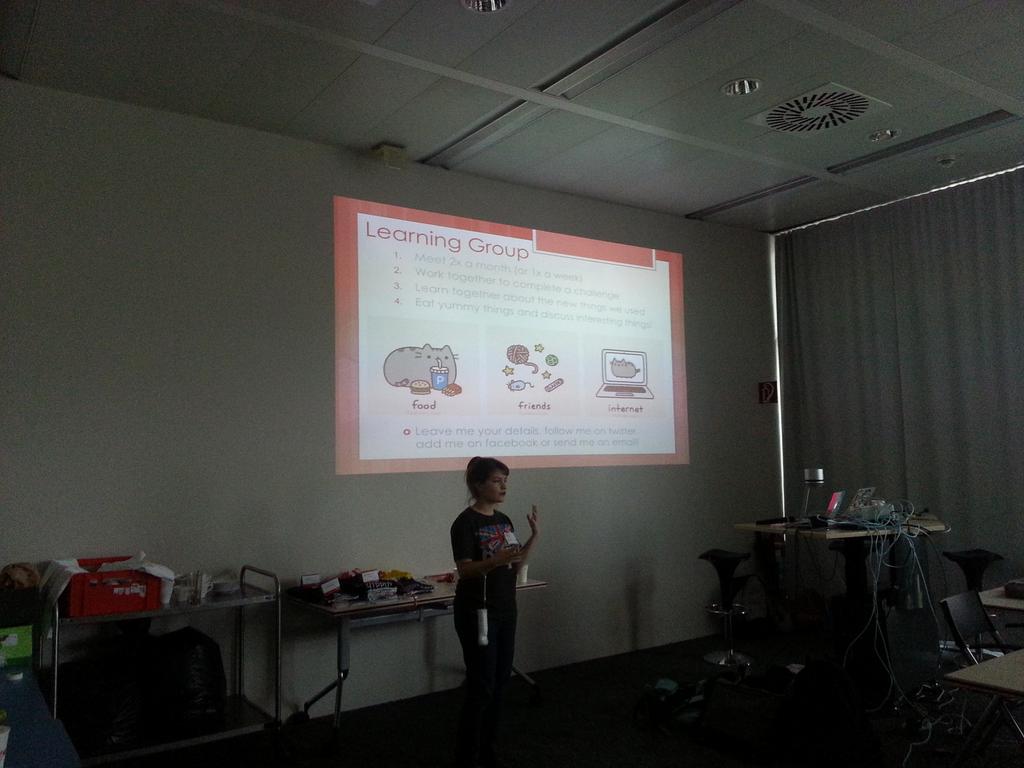 @althaire talking about where to go next after Rails Girls.

We started with @althaire talking about where to go next, where she proposed starting a Ruby and Rails learning group in Vienna. I’ll be sure to help out with organizing in any way I can.

Next up, @alicetragedy gave a great talk on breaking rules and other things “beautifully”. Very inspiring stuff!

Next was me! I gave a short talk on the importance of taking a break when stuck in anything, including programming. You can find the slides, complete with silly drawings, here.

Finally, we learned about CryptoParties from @meep_vie. Very interesting! I’ll have to check them out.

After completing the workshop, including some fun with deploying to Heroku, styling with CSS and doing the follow-up tutorials, I’d say the workshop was a success!

The best part was finding out that some of the attendees were already making stuff the next day!

I got to meet some people and take a step further into being active in the community.

I can only hope to do it again soon. In fact, I will! I’ll be coaching at Rails Girls Bratislava in December.